FORGIVENESS OF THE PPP LOAN UNDER THE CARES ACT

FORGIVENESS OF THE PPP LOAN UNDER THE CARES ACT

Now that you have received the proceeds of your Paycheck Protection Program Loan (the “PPP Loan”) from your Bank, it is important for you to think about the process for getting your PPP Loan forgiven.

The Cares Act (the “Act”) provides that the proceeds of the PPP Loan may be used for (i) salaries, wages, commissions, tips or similar compensation (“Compensation”); (ii) payments for vacation, parental, family, medical or sick leave “(collectively “Leave”); (iii) allowance for dismissal or separation (“Severance Pay”) (iv) payments required for the provision of group health care benefits, including insurance premiums (collectively “Health Care Benefits”); (v) retirement benefits (“Retirement Benefits”); and (vi) state and local taxes assessed on the compensation of employees (collectively “State Taxes” and, with Health Care Benefits, Retirement Benefits, collectively “Payroll Related Costs”); (vii) payment of utilities (“Utilities”), (viii) payment of rent (“Rent”), and (viii) the payment of interest on a mortgage (“Mortgage Interest,” and, with Rent, and Utilities, the “Other Expenses,” and with Compensation, Payroll Related Costs, Utilities, and Rent, collectively “Eligible Expenses”).[2]

The Act and the SBA guidelines allow for the forgiveness of the PPP Loan, if used for Eligible Expenses “paid” or “incurred” during the 8-week period. The new Interim Final Rule (“the IFR”), released by the SBA on May 22, 2020, confirms that for Cash Compensation and Payroll Related Costs, the 8-week period begins either on (i) the date the proceeds of the PPP Loan is received by the Borrower (the “Covered Period”) or (ii) the first day of the first payroll period in the Covered Period after the proceeds of the PPP Loan are received (the “Alternative Covered Period” and collectively, with the Covered Period, the “PPP Forgiveness Period”). The IFR suggests that the Alternative Covered Period option is limited to borrowers that have bi-weekly or more frequent payroll cycles. Importantly, payments outside of the PPP Forgiveness Period, even if for Eligible Expenses, will not be forgiven. Excess Payments, as defined below, will not be forgiven even if paid in the PPP Forgiveness Payment Period.

The SBA guidelines provide that, for each individual employee, the total amount of Cash Compensation eligible for forgiveness cannot exceed an annual salary of $100,000, as prorated for the Covered Period (“Excess Payments”). In other words, it cannot exceed $15,385 (($100,000/52)*8) in the Covered Period. For the purpose of forgiveness of the PPP Loan, “cash compensation” includes the sum of gross salary, gross wages, gross tips, gross commissions, Leave, not including leave covered by the Families First Coronavirus Response Act, and Severance Pay (“Cash Compensation”) paid or incurred during the Covered Period or the Alternative Covered Period. Additionally, for individual employees, all Payroll Related Costs are forgivable and not subject to the $100,000 limit up to the amount of the Loan that is forgivable. Some important points confirmed by the IFR mentioned below are noteworthy: (i) The IFR suggests that the amount of loan forgiveness requested for owner-employees can be no more than the lesser of (x) 8/52 of 2019 compensation and health and retirement benefits (i.e., approximately 15.38 percent of 2019 compensation) or (y) $15,385 per individual in total across “all” businesses;[3] (ii) if an employee’s total compensation does not exceed $100,000 on an annualized basis, the employee’s “bonuses” are eligible for loan forgiveness because they constitute a supplement to salary or wages and are thus a similar form of compensation.

Most importantly, the Forgiveness Application provides that the Forgivable Amount is the lesser of:

EIDL Advance: Per the Loan Forgiveness Application, if you received the $10,000 (or lower) SBA Economic Injury Disaster Loan (“EIDL”) grant, the amount of the grant that you received must be deducted from the PPP Loan to calculate the forgivable amount (the “Forgivable Amount”).

The 25% Limit: If you use less than 75% of the PPP Loan proceeds for Payroll Costs and Payroll Related Costs in the PPP Forgiveness Period, the maximum Forgivable Amount will be the total Payroll Costs paid or incurred in the PPP Forgiveness Period plus the Other Expenses (collectively capped at 25% of the PPP Loan) paid or incurred in the Covered Period.

FTE employees must be calculated on a 40-hour week. You may use 0.5 for any employee who works fewer than 40 hours per week and 1.0 for any employee who works 40 or more hours per week. You need to calculate the Cash Compensation for each employee to reflect the $100,000 per employee cap and the Wage Reduction. Employees who were fired for cause, voluntarily resigned, rejected a good-faith written offer to rehire, or voluntarily received a reduction of their hours will not be counted in determining the FTE Employee Reduction.

Wage Reduction: If you reduced the salary or wages for any employee, who did not earn more than $100,000 on an annualized basis in the year 2019 or of an employee who was not employed in 2019, by more than 25% in the PPP Forgiveness Period as compared to employee’s average annual salary between Jan. 1, 2020 to March 31, 2020 (the “Reference Period”), you must reduce your Forgiveness Amount based on the percent below the 25%. As per the IFR, this reduction calculation is performed on a per employee basis, not in the aggregate.

Forgiveness Concepts: The items set forth in the above three-four paragraphs are sometimes referred to below as the “Forgiveness Concepts.” The Forgiveness Concepts do not apply if the applicable reductions in the FTEs and/or the salaries occurred between Feb. 15, 2020 and April 26, 2020 as compared to those existing as of Feb. 15, 2020 and such reductions are remedied or reversed no later than June 30, 2020. For example, if your total FTE on June 30, 2020, is greater than or equal to your total FTE for the pay period that included February 15, 2020, the FTE reduction that occurred between February 15 and April 26, 2020, can be ignored.

Interest: Interest on the PPP Loan does not appear to be forgivable.

Other Considerations: You will be required to indicate on the cover of your PPP Loan Forgiveness Application whether you, together with your affiliates (but excluding certain affiliates exempted pursuant to the SBA’s affiliation rules), received PPP loans in excess of $2 million in the aggregate. The SBA has announced that it will audit all companies which received a PPP Loan of at least $2M. As part of the Loan Forgiveness Application and the audit, you will be required to certify that you need the loan proceeds to pay payroll, to keep the company operating during the pandemic, and you did not have an alternative source of financing. Additionally, any recipient with a PPP Loan below $2 million dollars will be deemed to have made the required certification in the PPP Loan application concerning the necessity of the loan request in “good faith.”

The below examples show how to reflect these Forgiveness Concepts in your calculation of the Forgiveness Amount.

Disclaimer: This Memo is being provided for information purposes only and is drafted entirely on the bases of public resources. Information contained on or made available herein is not intended to and does not constitute legal advice, recommendations, mediation or counseling under any circumstance. This information and your use thereof do not create an attorney-client relationship. You should not act or rely on any information provided herein without seeking the advice of a competent attorney licensed to practice in your jurisdiction for your particular business. The rules and regulations are still being interpreted and may affect the requirements and qualifications for the loan forgiveness described herein under the Paycheck Protection Program.

[1] For your information, it appears that Congress is going to revise the Loan Forgiveness Program in the next week or two whereby they are going to extend the 8-week Forgiveness Period to at least 16 weeks and revise the 25% rule to allow a larger a percentage of the PPP Loan to be used to pay Non-Payroll Related Expenses.

[3] It is not clear how an “owner-employee” is to be defined or how it is to be applied. We hope that SBA will clarify this in the next week or so. We know that it applies to sole proprietorships (self-employed and independent contractors), partnerships and single member LLCs.

[4] Employees referred to in this Example are employees who did not receive, during any single pay period during 2019, wages or salary at an annualized rate of pay in an amount more than $100,000.

[5] Employees referred to in this Example are employees who did not receive, during any single pay period during 2019, wages or salary at an annualized rate of pay in an amount more than $100,000.

If you have any questions about the materials posted below on SBA Loans or processes, please contact – sbaloans@inventuslaw.com. 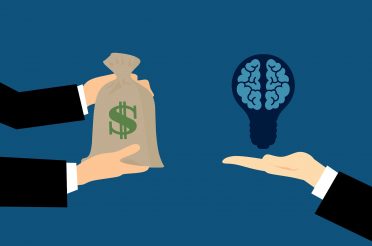 Relief for Small Businesses During Covid-19 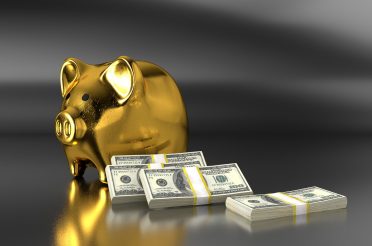 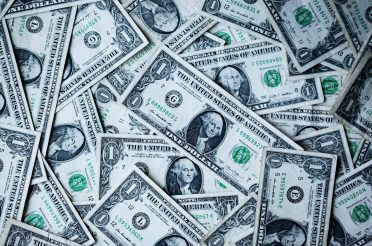 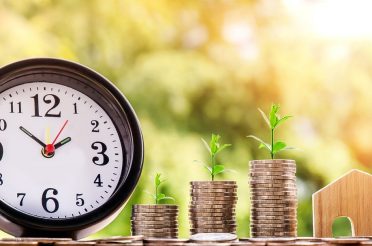